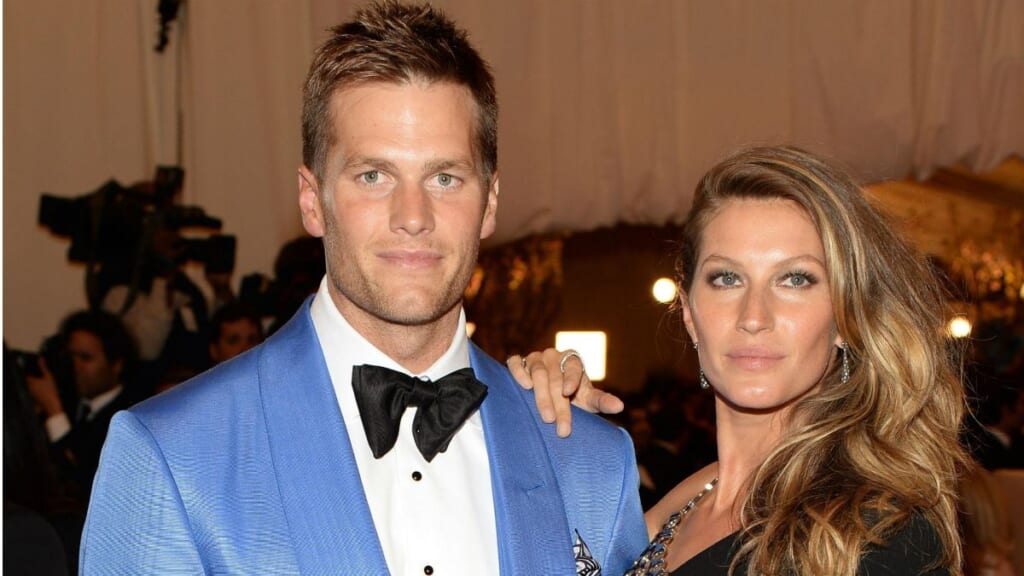 When Tampa Bay Buccaneers quarterback Tom Brady announced his retirement from the NFL in early February—”I have loved my NFL career, and now it is time to focus my time and energy on other things that require my attention,” he stated—everyone assumed that the 7-time Super Bowl champion would seamlessly slip into a post-QB sideline as a commentator while shining up his dress shoes for his future induction into the Pro Football Hall of Fame.

But what a difference six weeks make, as Brady then said on March 12, just 40 days into his “retirement,” that he would return the following season again be the quarterback of the Bucs.

“These past two months I’ve realized my place is still on the field and not in the stands,” the 45-year-old Brady posted on Twitter. “That time will come. But it’s not now. I love my teammates, and I love my supportive family. They make it all possible. I’m coming back for my 23rd season in Tampa. Unfinished business LFG.”

That family support was led by Gisele Bündchen, of course, one of the world’s most successful fashion models and Brady’s wife of 13 years. Just how supportive Brazilian-born Mrs. Brady was at the time remains unclear, as inside sources immediately began to come forth with tidbits regarding a growing “tension” between Gisele and Brady.

Gisele and Brady Have Been Married for 13 Years

“Gisele was not happy when Tom un-retired from the NFL after such a short time,” one source said. “Tom is doing everything he can to make it up to her, they’re working through things and trying to come out the other side.”

What is clear is that in the case of Brady and Bündchen’s professional lives, it is Bündchen who downshifted her career as the two began to build a family, which includes a son, Benjamin, born in 2009; a daughter, Vivian, born in 2012; and Brady’s son Jack, 15, from a previous relationship he was in with the actress Bridget Moynahan.

RELATED: Gisele Reveals the Secret to Her 15-Year Marriage to Tom Brady – And It Will Change How You View Him

During the 2010s, Brady, Bündchen and their growing family lived in Boston, Mass., with Brady’s athletic legend growing as he served as thrived as the quarterback for the New England Patriots. During those years, Gisele cut back on her modeling commitments, carefully limiting herself to only a specific number of advertising campaigns, TV commercials and magazines covers each year. In 2015, she also decided to stop doing runway shows, the one exception being the opening ceremony of the 2016 Olympics in Rio de Janeiro, where she represented her country by sashaying across a 400-foot-long stage to the strains of “The Girl from Ipanema.”

Bündchen found those years to be a very satisfactory time in her life, particularly when it came to being at home during her children’s formative years.

“I’m so grateful to have been there in those moments that were really shaping who they are as people,” she stated in a recent interview with Elle.

Gisele Stepped Back from Modeling When Her Kids Were Young

But now that her kids are older, it’s not unrealistic that the 42-year-old Gisele might want to refocus some of her energy on her modelling career, particularly now that she is at an age where the opportunities in her profession are more restricted, even to a superstar. Perhaps she thought that her husband’s returning to the NFL at his age wasn’t going to play a factor in their immediate future! But then again, who would have imagined that an NFL quarterback, even a legend like Brady, would be so dominant in his mid-Forties? (He led the Bucs to victory in 2021’s Superbowl 55, defeating the Kansas City Chiefs 31-9.)

So the word is that Gisele is “frustrated” with Brady’s decision to return and has reportedly “been spending time away from” the superstar quarterback.

RELATED: Think Your Marriage Can Be Saved Without Passion? Science Has Proven You Wrong

The two and their family had a “happy summer together” prior to the beginning of the NFL season, according to a source, with Gisele throwing her husband a big birthday party in Italy. But things got a little uncomfortable as the season approached. And at one point in August, Brady was excused from practicing with the Buccaneers for an 11-day stretch “to deal with some personal things,” according to head coach Todd Bowles.

“Everyone has different situations they’re dealing with, and we all have unique challenges to our lives,” Brady told reporters following his hiatus from practice. “I’m 45 years old, man.”

Gisele Did Not Attend Brady’s First Game of the Season

Brady officially made his return to the league last Sunday, September 11, for the Buccaneers’ first game of the 2022-2023 season against the Dallas Cowboys. Gisele was notably absent from the game at AT&T Stadium in Arlington, Texas, amidst what the New York Post reported as “an epic fight.”

RELATED: Kevin Bacon and Kyra Sedgwick’s Secret to a Happy 34-Year Marriage Will Astound You

“Let’s go @TomBrady ! Let’s go Bucs !, she tweeted right before the start of the game, which saw the Bucs beat the Cowboys with a score of 19-3.

The same source that spoke of the “epic fight” between the two also noted that Gisele “never” goes to the first game of the season.

Insiders and sources can still only provide limited insight to the dynamics of a marriage, particularly one that appears to be as happy and prosperous as that of Brady and Gisele.

Only Brady and Gisele Know The True Story

One imagines that a marriage that has lasted as long theirs is built upon on the support that they give to each other. When a couple approaches a time where one or both members want to explore alternative careers or lifestyles, a communicative support system is vital for the simple reason that the very idea of said exploration can be daunting. This might even be truer in the case of a couple like Gisele and Brady, where their every move affects the lives of so many other and it’s all constantly being put under the microscope by the media.

Putting the time into trying to fix or at least calibrate what might not be working and possibly taking some risks together in an effort to move forward is what a couple must do to address the situation. Communicating with each other, supporting each other and knowing when to take that chance for the future is the first, best way to embark on a healthy and loving path forward.