What Is ‘BDE’ and What Are the Signs You Have It? 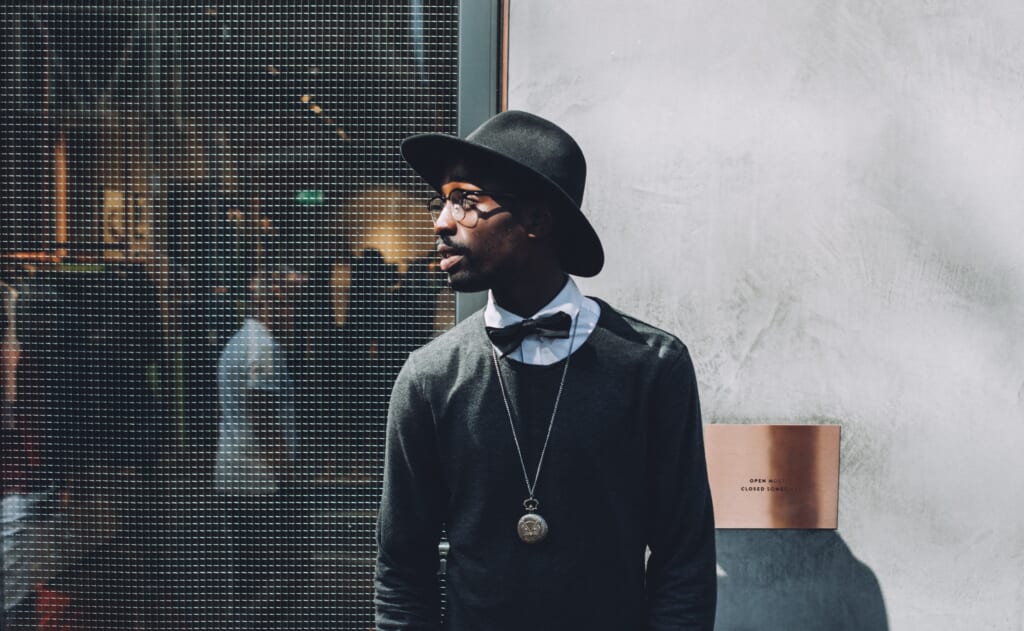 OK, yes, the term here is crass and crude, but it’s just so damn accurate that we all seem to have accepted it. The term is “big dick energy” and no, it doesn’t mean big dick as in: “That guy’s a jerk, he exudes such big dick energy.” No, it’s quite a positive thing, more like: “Man, that guy seems like he could handle anything and keep his cool, he’s got total big dick energy!”

RELATED: Why We Need to Talk About the Pete Davidson and Kim Kardashian Dating Rumors

And for the record, as we were told by rapper Latto in her song “Big Energy,” women can have big dick energy, or BDE for short, every bit as much as men. After all, BDE doesn’t actually have anything to do with male genitalia. Except it sort of does in the provenance of the term – we’ll get to that soon enough, but first let’s define the term better.

Big dick energy is not something that can be defined perfectly because it is a perception, not a tangible asset. Someone has big dick energy when he or she comes across as confident yet without arrogance, as comfortable in his or her own skin yet not conceited, and as unconcerned with what other people think of him or her yet not unconcerned about other people.

A person with big dick energy is charismatic, poised, and seems to make his or her way through life with minimal effort and maximum competence – it’s as though they have practiced at life the same way a basketball player practices on the court or a musician practices with an instrument. In other words, they make it look easy, but in this case the “it” isn’t a three-pointer or a rendition of “Moonlight Sonata,” it’s life itself.

So, now that we have big dick energy understood, can we talk about the phrase itself? Because seriously, why is this characterization called big dick energy in the first place?

Pete Davidson, Ariana Grande, And the History of the Term “Big Dick Energy”

At the risk of moving back into crass territory, the phrase “big dick energy” all started with the report of, well, a big dick. Yes, a large male member. During a brief and passionate 2018 romance lasting from May to October, singer Ariana Grande sent out a Tweet about her boyfriend-cum-fiancé-cum-ex, SNL star Pete Davidson, that alluded to his 10-inch manhood.

The Tweet was quickly deleted – soon followed by deletion of the relationship – but once a thing like that is out there, it’s never out back in the bag. And so it began that Davidson’s cool, confident manner was soon associated with, well, the massive dick swinging in his pants.

RELATED: How to Flirt With A Girl: Impress Without Being Creepy

Now, who cares whether or not Grande’s brief Tweet was accurate? Who cares, frankly, about the size of anyone’s anatomy? Few people indeed. But what we do care about is the size of someone’s character, kindness, confidence, and charisma.

That said, it really does make sense in our society that a guy who knew he was well-endowed would have less to worry about and more to be proud of, and thus would exude cool confidence anyway. The flip side of the equation would be a man who bought a massive pickup truck and then hung a set of truck nuts off the back – would he come across as having a plentiful package down there, or would he seem more like he was trying to compensate for something?

5 Signs You Have Big Dick Energy

Big dick energy is one of those things you would probably never identify in yourself – indeed the people with the most BDE would worry about it the least! But since we’re already on the topic, let’s take a look at a few traits of people who exude big dick energy. If all or most of them apply to you, you may have BDE.

1. You don’t feel the need to justify your words or actions – If you are comfortable letting what you have said or done stand on its own without clarification, justification, or excuse, your confidence and sense of propriety point to a case of BDE.

2. You are not easily affected by criticism – If you can handle wisecracks, insults, and criticism with equanimity, you may be doing so because of your big dick energy. This is not to say you don’t care what other people say, but that you can control how it affects you. Remember the Eleanor Roosevelt quote: “No one can make you feel inferior without your consent.” And yes, she had BDE!

RELATED: The Most Relatable Moments In Kim Kardashian and Pete Davidson’s Relationship

3. You are very comfortable in your own skin – If your self-confidence and sense of self-worth are sizeable yet you are not arrogant or self-centered, you definitely have some big dick energy going on.

4. You put your mind to things and get them done – If you let your actions and achievements speak louder than your words, then you are a BDE kind of person.

5. You influence others even when you’re not trying to – If you tend to have an impact on people’s opinions, preferences, and ideas even without putting in any effort to do so, that’s because of your BDE.

BDE Can’t Be Forced or Faked, but You May Gain It With Time

Remember, BDE is something you have or you don’t, it isn’t something you can fake – trying that would actually be in direct opposition to the effortless, organic vibe exuded by a person with big dick energy. It might instead come across as, shall we say, “mediocre dick energy.” People can tell when an attitude is forced, and there’s little so unattractive as a poseur.

Try hard to exude BDE and you’ll do anything but. Learn to be confident and happy with who you really are, and your big dick energy might just start to shine through. So while you may not feel like a dick swinging type right now, go easy on yourself and you might just ease into a BDE vibe a bit later down the road.

Pete Davidson Revealed His Biggest Dream — But Does It Include Kim Kardashian?