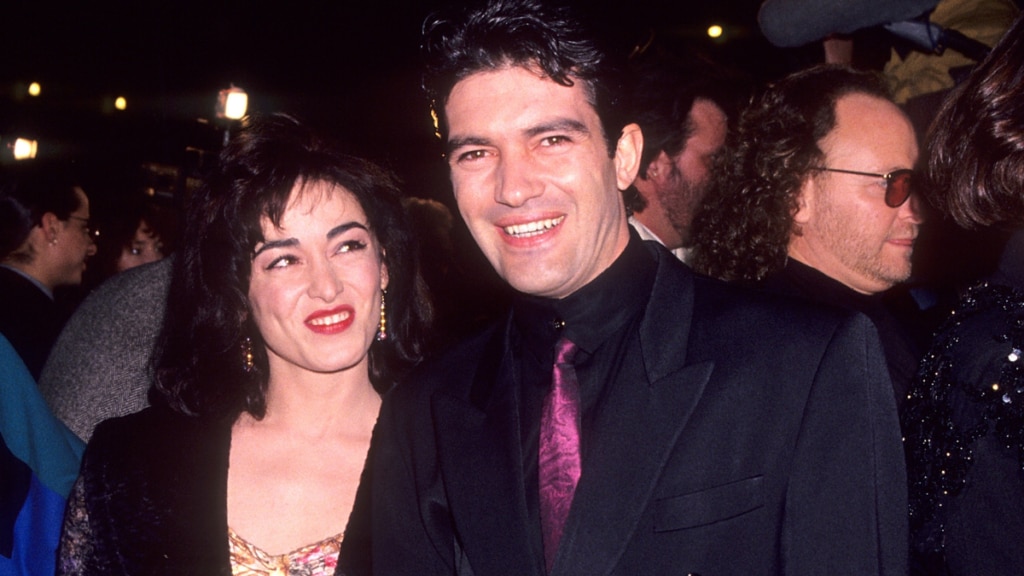 Antonio Banderas is universally endeared as a charming, romantic Latin Lover, but in reality, he has been unlucky in love more often than not.

In his forty years as an actor, he’s been married and divorced twice, with both of his marriages ending on drastically different outcomes. Everyone’s well-acquainted with his love for Melanie Griffith — their marital union lasted for nearly twenty years and produced a daughter, actress Stella del Carmen Banderas — but not many are aware of Antonio’s personal life prior to his move to the United States, namely, his ill-advised wedding with Ana Leza.

The way their marriage panned out isn’t just a cautionary tale for anyone acting on their impulses and pinning their hopes on a whirlwind romance; it’s a lesson in not giving up on your heart, come hell or high water. Against all odds, Antonio’s failures don’t dissuade him from searching for The One; he continues to persevere in his quest to find love, even if it culminates in a great deal of pain, distrust, and heartbreak.

Here’s what we can take away from Antonio Banderas’ journey with love:

In a Vanity Fair interview, Antonio opened up about his brash decision to marry Ana and why their relationship couldn’t go the distance. She was a fellow actress and his English tutor, who essentially instructed him on how he could develop his craft in mainstream cinema. “She helped me translate the script for ‘Los Reyes del Mambo,’ … it gave me a lot of confidence,” said Antonio, giving her her due credit for helping him establish a sustainable career in Hollywood.

The Zorro lead said he wouldn’t have the acclaim he does today without Ana’s continuous support and direction. “Without her I would not have gotten the role,” he said. Ana backed up his statement by saying it was “imperative” to accompany him to the United States. He didn’t speak a word of English, so it felt natural to have Ana be this perpetual plus-one. They tied the knot in 1986 after just six months of dating.

What the judge wants to know is how much are you going to pay your partner. They grab you by one foot, they shake you and, when [they get every last dollar], they leave you. That’s what they did with me

It wasn’t until Antonio came across Melanie Griffith on the set of Too Much that he realized he needed to break it off with Ana. He maintains he didn’t carry out an illicit affair with Melanie; instead, he waited to separate from Ana to pursue a serious partnership with Melanie. “It was very, very fast and very compulsive, but at the same time, we were tied at the time,” said Antonio, of how his infatuation for Melanie transformed into genuine love over the years.

Unfortunately, the divorce with Ana wasn’t as seamless as he had been hoping. To put it simply, it was a nasty, expensive divorce battle in which the court ordered Antonio to pay alimony payments of 12,000 euros per month, awarded his €3.4 million home to Ana, and granted her lifetime rights of  50% of all the films he acted in over the duration of their marriage. Antonio bemoaned the process, calling it a “business” through and through. He doesn’t think he should’ve been mandated to fork over so many assets; in his view, the whole system is a scheme to bleed an actor dry.

Yet he never stopped believing in the power of love

Though his marriage to Ana was, in many ways, doomed to collapse at some point or the other, it didn’t put a damper on his beautiful love story with Melanie Griffith. The two fell madly in love when they first met, and with their respective marriages declining, they couldn’t help but give in to the passion brewing between them. At the time, their getting together precipitated quite the controversy — Antonio was described as “abandoning” his wife of ten years for a sexy, on-set fling.

However, in an interview published in 1995, the Spanish actor has no qualms about following his heart and exploring the love he felt powerfully for his co-star. “You just know there is something inside you that is stronger than yourself,” he told The Morning Call. Love is an abstract concept that will consume your focus without your permission and embolden you to make strange, the most unexpected, choices in life. Likewise, when he encountered Melanie, he couldn’t think straight. He had to make up his mind.

Love is a very abstract feeling. I cannot even describe love. Who can describe love? It’s like describing life. You just know there is something inside you that is stronger than yourself. And you can’t stop it.

Antonio Banderas on The Morning Call

In an Entertainment Weekly interview published the same year, Antonio changed his stance a tiny bit and claimed his separation with Ana had “no connection” with his budding romance with Melanie. It’s futile to speculate whether or not Melanie’s arrival directly resulted in the breakdown of Antonio’s marriage since the situation transpired over twenty-five years ago. Additionally, as lovely as their partnership had been, Antonio and Melanie didn’t last, either. They announced their divorce in June 2014, noting they wanted to go their separate ways “in a loving and friendly manner.” Their parting of ways has been more than amicable: Antonio called Melanie his “best friend” and asserted he “will love her until the day I die.” Just because a marriage ended doesn’t mean it has to be ugly or heartless. People can still maintain their friendship, acknowledge their love, and preserve some level of togetherness.

On the other hand, the act of divorce itself doesn’t have to signify failure or inadequacy. Sometimes, like Antonio, you act on a whim and do what you think is best for your future, unaware of any ramifications. He and Ana weren’t meant to be, but he never lost his ability to love and be loved in return. He welcomed his desire for Melanie with arms wide open and embraced the changes in his life.

Keep your heart and your mind open

Today, Antonio may be a twice-divorced actor in his sixties in Hollywood, yet he doesn’t let an arbitrary label determine his success with love. He’s happily partnered up with Dutch investment banker Nicole Kimpel, who’s helping him recover from a heart attack he suffered four years ago. He’s a walking testament to the resilience of love and how it can strengthen a person from the inside out.

Divorce can be a life-shattering phenomenon that can send individuals down a dark path full of insecurities, doubts, and disillusionment. But if you maintain a semblance of positivity and optimism, you will be able to crawl your way out. It’s about keeping your heart and mind open to possibilities, even if they don’t turn out as you hope or end up breaking your heart. If you don’t let love in, you’ll never know what it feels like.