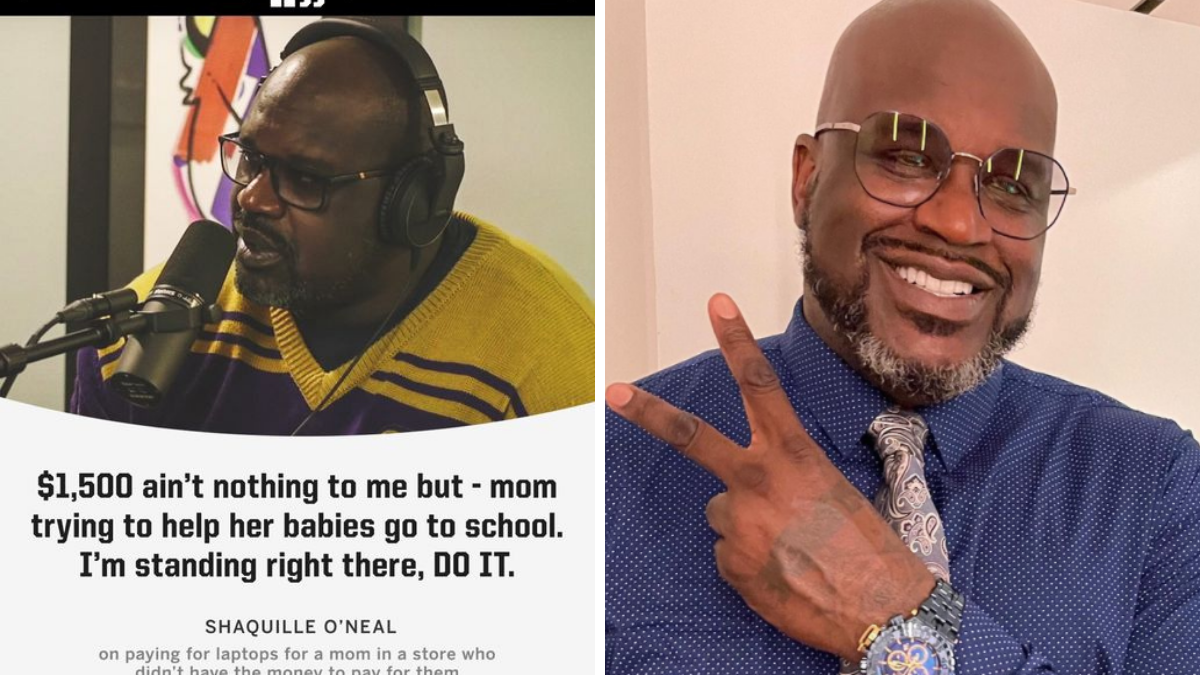 Apparently, NBA Hall of Famer Shaquille O’Neal’s heart is as big as one can expect for a man of his size.

He bought a laptop for a struggling mom

Shaquille O’Neal is known for his thunderous dunks (including ones that broke the backboard), winning four NBA championships and his often-hilarious mid-game analysis on TNT. But he’s becoming known for something else — acts of kindness.

Shaq’s latest good deed was revealed on the podcast, “Million Dollaz Worth of Game.” On the show, he explained how he purchased a computer for a mother who couldn’t afford school laptops for her kids.

“I got you,” Shaq recalled saying while at the cash register, according to ESPN.

He realized his privileged position

Shaq added that after a career as an NBA star and a current analyst, the price of a computer makes little financial impact on him, so it was worth doing what he could to help.

My motto lately is it could be worse, and that could be you.

Shaq is a do gooder

This is far from the only act of kindness to go viral for Shaq. He paid for the funeral of an 18-year-old Florida teenager who was shot and killed, as well as for an 11-year-old Louisiana boy who died in a car crash.

And this isn’t even the first time Shaq has purchased a laptop for an unsuspecting stranger. In early 2020, an Atlanta man gave the 7-footer condolences for the loss of his sister Ayesha Harrison Jex as well as former teammate Kobe Bryant, so Shaq bought him a computer.

“I like y’all, so get the nicest one in here and I’ll pay for it,” the man recalled Shaq saying.

Shaq unquestionably worked hard to become as wealthy as he is today, but what he rightfully realizes is that others are not as fortunate and could use an uplift. Hopefully, he continues carrying out these random acts of kindness and inspires others to follow suit.