What Happened to Meg Ryan? The Vanishing Rom-Com Star 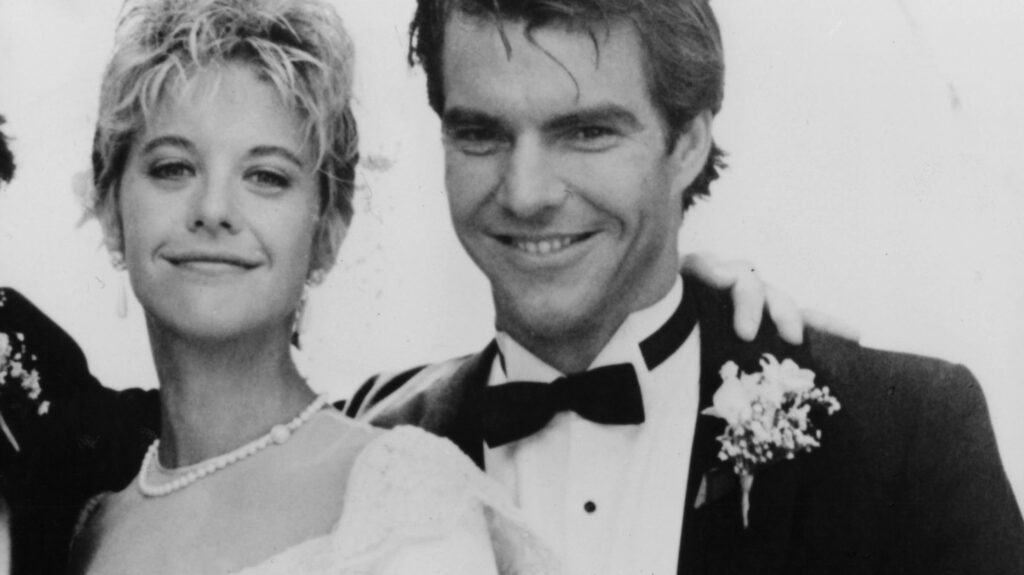 Meg Ryan might be the quintessential star of the rom-com.

She burst onto the scene as effervescent, charming Sally in the rom-com classic When Harry Mets Sally. She proceeded to follow up her breakout role with a string of other hits in the genre, including iconic 90s films like Sleepless in Seattle, French Kiss, You’ve Got Mail. Meg led the revival of the romantic comedy genre in a striking fashion, having drawn throngs of people to the movie theatres time and time again.

However, like many celebrities from the 90s, Meg’s fame didn’t last. At some point, she fell off the radar, and the mainstream media didn’t bat an eye. The question remains: what happened in Meg Ryan’s career or personal life that drove her to step back from the spotlight?

Meg and actor Dennis Quaid were married through the nineties. They tied the knot on Valentine’s Day, 1991, and welcomed their only son Jack on April 24, 1992. By the late nineties, their marriage was on the rocks, and they were both seeing other people.

In 1999, Meg began a relationship with actor Russell Crowe, who co-starred with her in the film Proof of Life. They were an item until 2001, but because Meg and Dennis hadn’t announced their split until June 2000, the press accused Meg of cheating on her longtime husband.

At the time, Meg gave an interview to W Magazine, saying that she knew what it felt like to be the ‘Scarlet Woman’ — a reference to the book The Scarlet Letter where a woman was ostracized and shamed by society for having committed adultery. As it turns out, the customs hadn’t shifted all that much since the book’s original publication in 1850. The tabloids hounded Meg for impairing the “squeaky-clean persona” she’d built over the last ten years. They accused her of humiliating her family and for breaking her husband’s heart into a thousand little pieces.

Only, none of the publications thought to ask themselves whether they had access to the complete picture. Simply put, Meg and Dennis weren’t content in their marriage anymore and were openly pursuing romances with other parties.  Dennis himself had several extramarital affairs but didn’t face the vitriol his wife did — a demonstration of double standards. He got off scot-free, leaving Meg to cope with the widespread scrutiny herself.

It’s a real gift when you know you can’t ever really manage an image or a story and you stop caring […] Divorce is hard. Love is hard. All those things were so personal. They weren’t for mass consumption.

Meg also explained that the “complexity of a life or marriage” could never be condensed in a news headline or tabloid feature. Most people seem to accept these stories at face value without considering their impact on the individuals concerned. Meg lived through pain and shame in the spotlight, knowing all too well that she wasn’t in the wrong for cozying up to Crowe.

Meg’s fall from grace over an ultimately false cheating allegation exhibits that misogyny and discrimination are well and alive in the entertainment industry. They extend beyond cheating scandals and public perception — they also affect how women are supposed to present themselves as they get older.

The press’s treatment of Meg amidst the Russell Crowe romance made her feel disillusioned with movie stardom, but it was only the tip of the iceberg. Meg now found herself on the ‘wrong side of forty.’ As is wont to happen, the offers landing on her doorstep were becoming less and less appealing, and she didn’t feel like these roles were worth her time or interest. She said that the “same opportunities did not present themselves in [her] 40s that did in [her] 30s and 20s,” adding that she didn’t feel like she could bring anything to the table for these purported roles.

The mother-of-two holds a lot of respect for women who choose to undertake roles at her age, but she herself felt like she had done as much as could — and as much as she wanted to — in the realm of acting.

I was burned out … didn’t feel like I knew enough anymore about myself or the world to reflect it as an actor. I felt isolated.

In the New York Times interview, Meg detailed how being an actor is akin to “burning through life experiences.” One moment, you’re a helicopter pilot; the next a journalist, after which you go on to play an alcoholic. Meg felt like she was living these “express-lane lives,” and sooner or later, realized that she needed to take time off to reevaluate her own aspirations.

There are very few dynamic roles for older women, and there’s an unimaginable pressure to look a certain way. This isn’t necessarily communicated to the actresses outright, but it’s evident nonetheless. That’s why a considerable number of women possibly turn to plastic surgery or unhealthy diet plans. They’re coerced into fitting into a mold that don’t want them in the first place.

The pressure [to look a certain way] was implicit. How you look — there’s so much judgment. You can’t win or lose. That’s an annoying thing, and you deal with it.

Ultimately, Meg Ryan’s gotten “truer as a person” and is cherishing being in “first gear”

Though the blown-out-of-proportion adultery accusations and the ageism did have implications on Meg’s career, the talented entertainer used these difficult obstacles to find her true passion. Meg left behind her acting career to achieve peace, fulfillment, and growth.

The horrifying media frenzy Meg experienced led her to reexamine her situation and carve out a new path. She wanted to slip out from under the overwhelming gaze of the paparazzi, so she turned down film roles of her own volition and began to consider a career as a writer or a producer.

I didn’t have to care what people thought. I have gotten to do what I guess I secretly wanted to do. Be totally under the radar and live my life.

Meg’s directorial debut Ithaca was released in 2015, and she has a romantic comedy in the works. She’s busy raising her adopted daughter Daisy True and spending time with her adult son, Jack Quaid, an established actor. She’s adding more skills to her repertoire and is relishing being in the driver’s seat as a director and producer; she said in one interview, “When you’re an actor, you’re a cog. When you produce, you understand the other gears. I’m in first gear now.”

She also said that she “got tired of waiting to be chosen,” so if the ideal roles weren’t going to come knocking, she would develop them herself. Meg was not taking orders any longer from an industry set on objectifying and discarding her. The scandals and the frustrations pushed her to take charge of her own life.

I felt like I got truer as a person. I’m more myself

Let life guide you where you want to go

Despite the hardships, Meg Ryan realized her true ambitions and acquired the tools she needed to make them a reality. Despite the media’s cruelty, no one forced Meg to leave acting — she made the conscious choice of following her heart.

We all must examine what makes us happy. Are we doing everything we can to achieve our dreams? Sometimes, the unpleasant experiences will do their part in forcing us to wake up and face the music. Let life teach you where you’re meant to be. Don’t be afraid to make those tough decisions when the time comes.