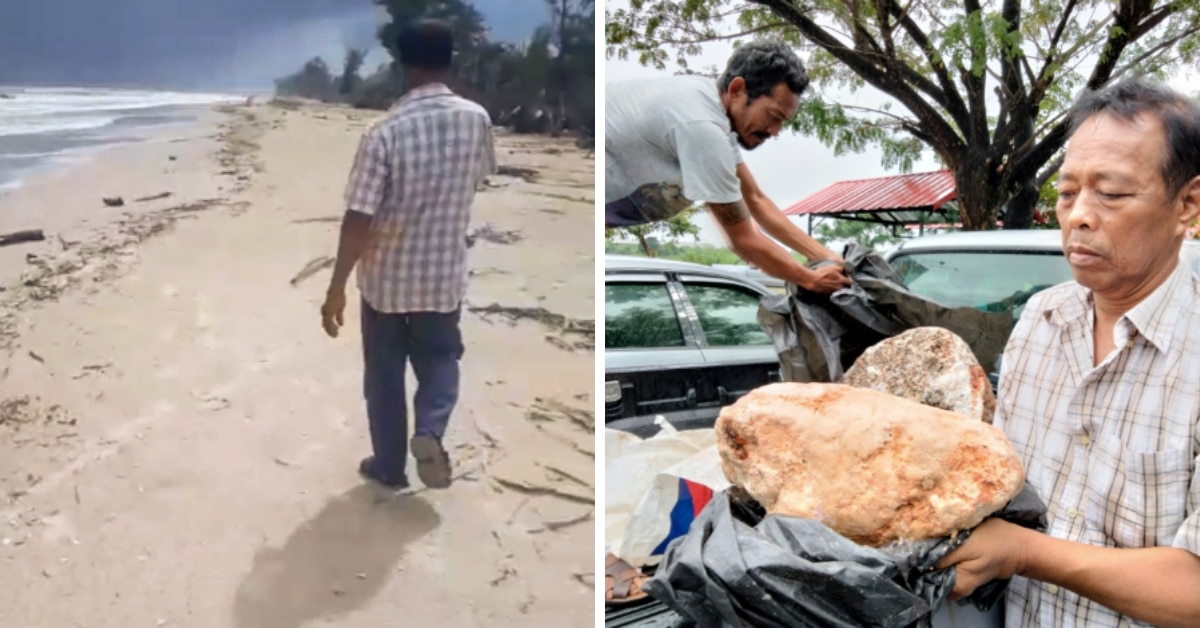 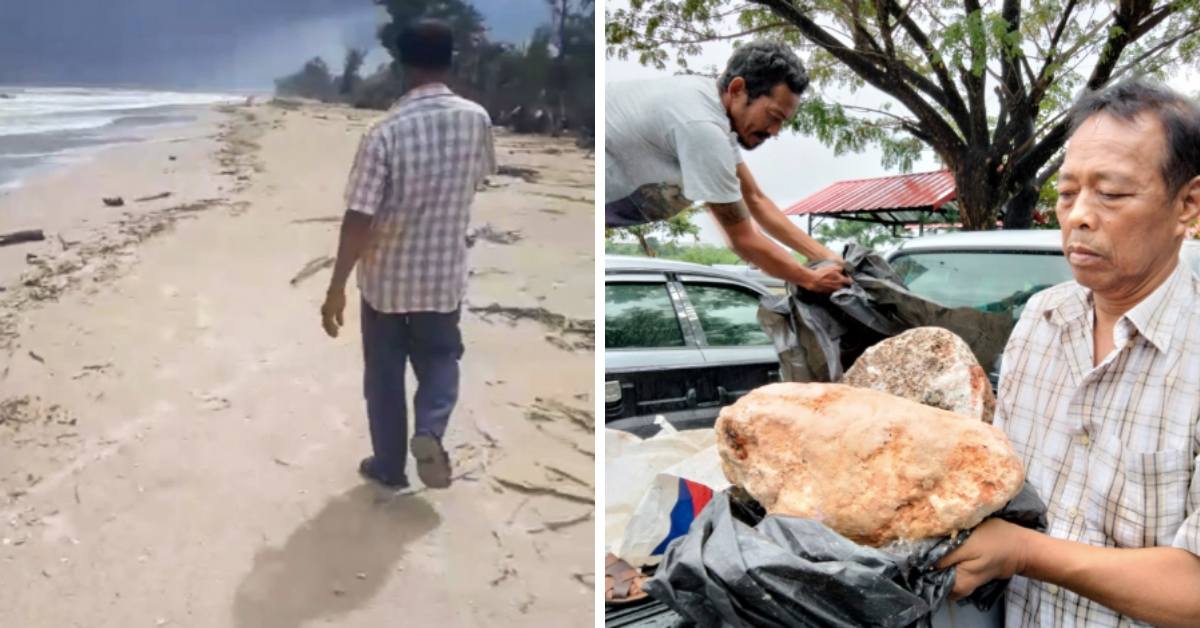 Thai fisherman Naris Suwannasang was earning about $675 per month when he came across what some call floating gold.

The coincidental discovery of ambergris, a rare secretion from sperm whales that’s used in expensive perfumes like Chanel No5, could net the fisherman millions of dollars.

Naris, 60, was walking along a beach in southern Thailand when he came across several lumps that looked like rocks, only paler.

With the help of his cousins, he took the mysterious lumps home and concluded that they look like ambergris, which is also known as whale vomit. Due to its rarity, ambergris can sell for millions.

What’s more, the lumps weighed in at 220 pounds, which would make them some of the biggest ambergris finds ever recorded.

Word got out about Naris’ discovery and he told local news a businessman has approached him with an offer of 960,000 Thai baht (£23,740) per kilo if the ambergris is high-quality.

That would land him a total of $3.2 million.

At last word, Naris wanted to find out the quality of his discovery and make sure nobody steals it.

”I want to know more about this ambergris and want the specialist to inspect them,” he said, according to The Sun.

“I also plan to go to the police and have them record my discovery as I fear they might be stolen from my house.”

Is it whale vomit or not?

Scientists know that ambergris contains ambrein, an odorless alcohol that’s added to expensive perfumes like Chanel No5 to make them last longer. They also know it comes from sperm whales, which love to eat cephalopods like squid and cuttlefish.

However, they don’t actually know where it comes from. Some say it’s whale vomit, while others like Richard Sabin, curator of marine mammals at the UK’s Natural History Museum, believes it comes from the other end. “…ambergris forms in the intestines and passes along with fecal matter, forming an obstruction in the rectum,” he told The Sun.

Regardless, we know it can go for a lot of money. For instance, a 200lb lump was sold several years ago for $1.35 million.

Life can sometimes be magical

This fisherman was making a humble living and all of a sudden he has the chance of becoming a millionaire, without even buying a lottery ticket. This only goes to show that life isn’t always unfair and sometimes, good things can happen to anyone.