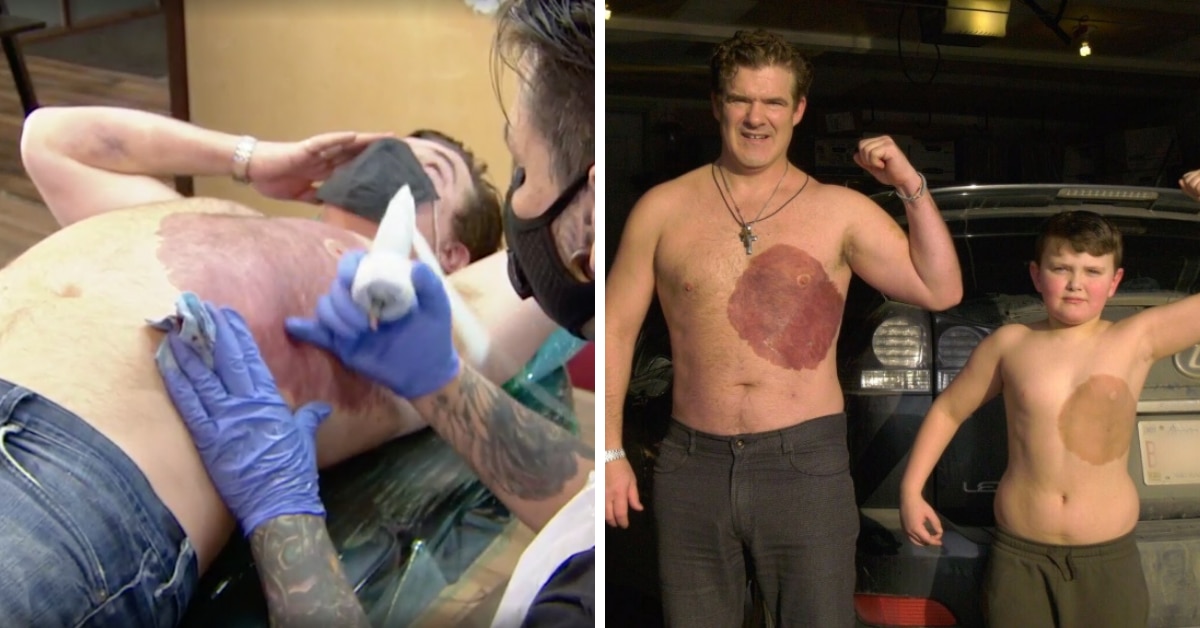 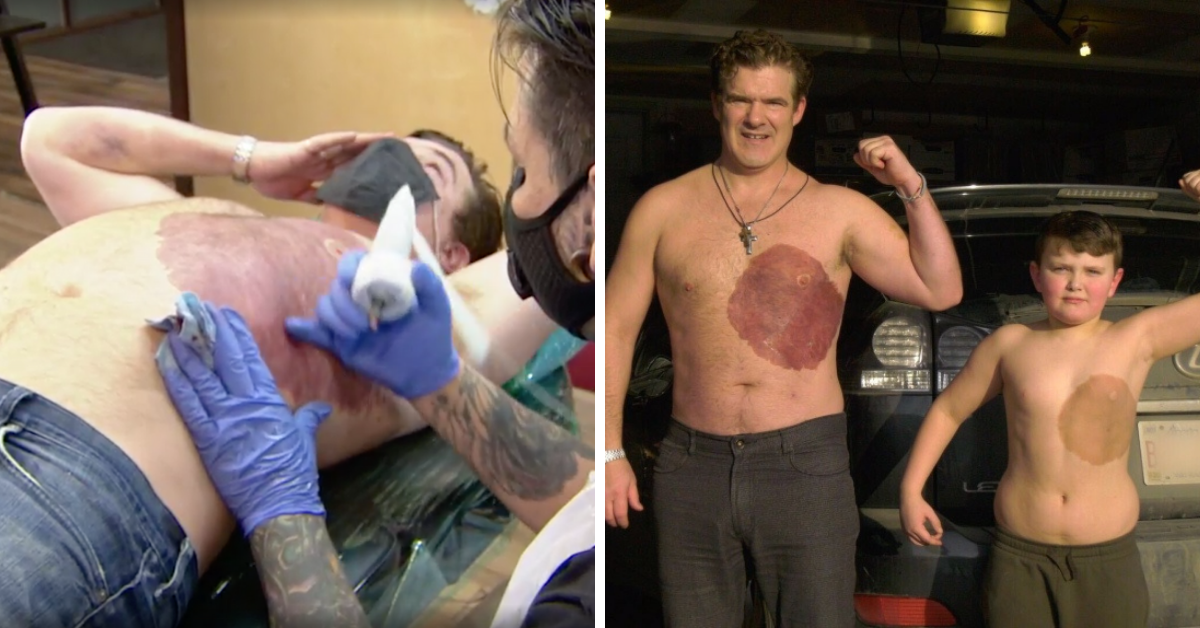 Eight-year-old Derek Prue was self-conscious about the birthmark on his stomach and chest. So much so that he wouldn’t go swimming without a shirt on.

So Derek’s dad, Derek Sr., did something drastic — and the story will put a smile on your face.

A big surprise from dad

Derek was swimming in a hotel swimming pool with his sisters when his dad called out. Derek looked over at his father and dipped back into the pool with a smile on his face when he saw what happened. Derek Sr. had gotten a huge tattoo to replicate the birthmark on his son’s torso.

“I was happy and I was a little confused,” the young Derek told CBC Edmonton. “I didn’t know he was going to do that.”

Derek’s dad saw how uncomfortable his birthmark made him and didn’t like that his son wore a shirt in the pool to cover it up — so he got the tattoo.

“I knew he was self-conscious about it… I saw how he was reacting, and it made me want to do it so that he wouldn’t be the only one.”

When he first came into the studio for the tattoo, he thought the artist would be done after three or four hours, but by that point only the outline was finished.

“He’s been through the wringer sitting for that,” said tattoo artist Tony Gibbert, owner of the studio where Prue had the work done. “It’s pretty painful.”

In all, the tattoo took 30 hours of work over six to eight weeks.

“I’m kind of glad I didn’t know how long it was going to take,” Prue said.

The artist was happy to contribute

“I think it’s amazing to be able to comfort your son like that,” Gibbert said.

“It’s more than just your kid seeing your name, or something, you get to actually, like, really change the way he feels about himself.

“Just being able to go swimming with his dad and take off his shirt and be happy and comfortable. I’m happy I get to be part of it, in a small way I get to help with what he’s trying to do.”

Did the tattoo work? It seems so.

When asked by his mother if he’ll now swim without a shirt, little Derek said: “Whenever Daddy’s there I can take the shirt off.”

As for Prue, despite the painful tattoo he has no regrets.

“Now we have the same marks for life.”

If you’re a parent, you can’t always shield your children from the unexpected things in life, but you can make them feel special.