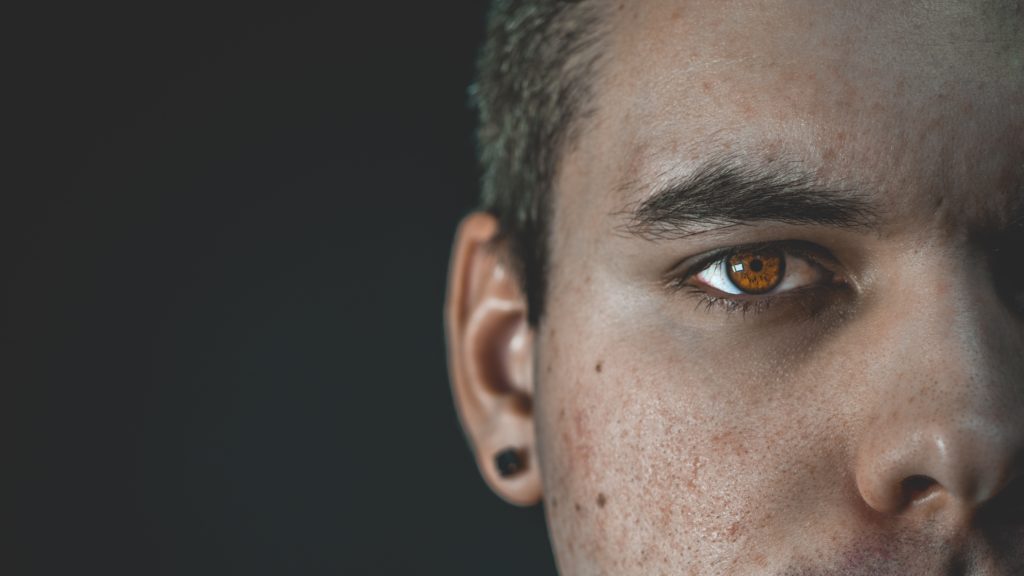 It can be one of the most frustrating, exhausting, and confusing experiences of your life.

If you’ve encountered a sociopath at some point in your life, whether now or in the past, you might not have realized it.

Most of us hear the word sociopath and think of a lunatic murderer, but most sociopaths lead normal lives.

However, that doesn’t mean they’re easy to deal with. The simple fact that sociopaths– and psychopaths– lack any capacity for empathy makes them frustrating and even dangerous, not to mention their other toxic qualities.

In many respects, sociopaths and psychopaths seem to be missing virtually everything that helps us connect effectively with other people, which is arguably he single most important survival skill in the scope of human history.

You might end up feeling like you’re going crazy when attempting to deal with them, as if they’re a different species altogether.

Without a doubt, the damage a sociopath can do is great and you’ll need to be able to spot the warning signs in order to protect yourself.

Everyone has friends or people they know, while they aren’t definitively sociopaths, they have sociopathic qualities.

What is the difference between a sociopath and a psychopath?

It’s important to understand that, while sociopaths and psychopaths display several similar traits such as a lack of empathy, guilt, and disregard for social rules and standards, a sociopath is a product of their environment while a psychopath is born that way.

Sociopaths tend to be less organized and more erratic, possibly due to their difficult upbringing hardwiring them for instability.

Psychopaths, on the other hand, are the complete opposite in that one regard. They’re clean, calculated, and often very organized.

In truth, it might be a bit difficult to know if you’re dealing with a sociopath vs. a psychopath because they show so many similar traits (most importantly, the things which make them difficult to get along with). However, in either case, the signs are quite similar.

People can show various sociopathic tendencies without necessarily having all of the qualities of a textbook sociopath. This isn’t a cookie-cutter thing but a varying psychological phenomenon, so don’t expect to see all of these qualities in one person.

If you’re wondering if you’re in a relationship with, or know, a sociopath, here are five big warning signs:

1. They show no signs of caring

Sociopaths can’t understand what you’re feeling and they have no capability to feel guilty when they hurt your feelings. In fact, you may have experienced them exhibit an almost empty response to many situations that would compel emotion out from someone, making them sometimes appear robot-like.

This can be an extremely nerve-wracking combination of traits, but it’s one of the clearest signs you’re dealing with a sociopath.

Also, keep in mind that they might shower you with affection early on in the relationship as they tend to be master manipulators, so it can take time before this behavior rears its ugly head.

2. They have huge mood swings

Sociopaths tend to be violent due, in part, to their lack of empathy.

They like to be in control and often lash out whenever something is said or done that they believe might threaten their sense of control over a situation.

If you notice the person tends to flip a switch unexpectedly and become very angry, you might be dealing with a sociopath.

3. They guard their personal life aggressively

Sociopaths tend to destroy the relationships they’re a part of and not keep many close friends or family.

It’s perhaps due to this that they become very defensive about their personal life. If you press them on their family and friends and they become visibly irritated or even angry, and have never once desired to open up to you, that’s a sign you might be dealing with a sociopath.

Sociopaths tend to be very likable and leave a great first impression. They often have a witty personality and will flatter you with compliments in the beginning to build you up.

However, don’t let that fool you as it’s typically an elaborate scheme used by the sociopath to control the relationship.

If the person was very charming and sociable at first but has quickly reverted to a cold and emotionless personality, that’s a good sign you’re dealing with a sociopath.

Lastly, as you might expect by now, sociopaths tend to be very controlling and manipulative.

Most of what a sociopath does with regards to relationships is with the intention to control others and get what they want. Remember, a typical sociopath can’t fully understand what you feel and feels nothing themselves when they hurt you. This, in part, has altered how they interact with others.

Sociopaths tend to be narcissistic and can be pathological liars. They often use psychological games like gaslighting to control a relationship, so if you’re dealing with someone that displays such qualities, you might very well be dealing with a sociopath.