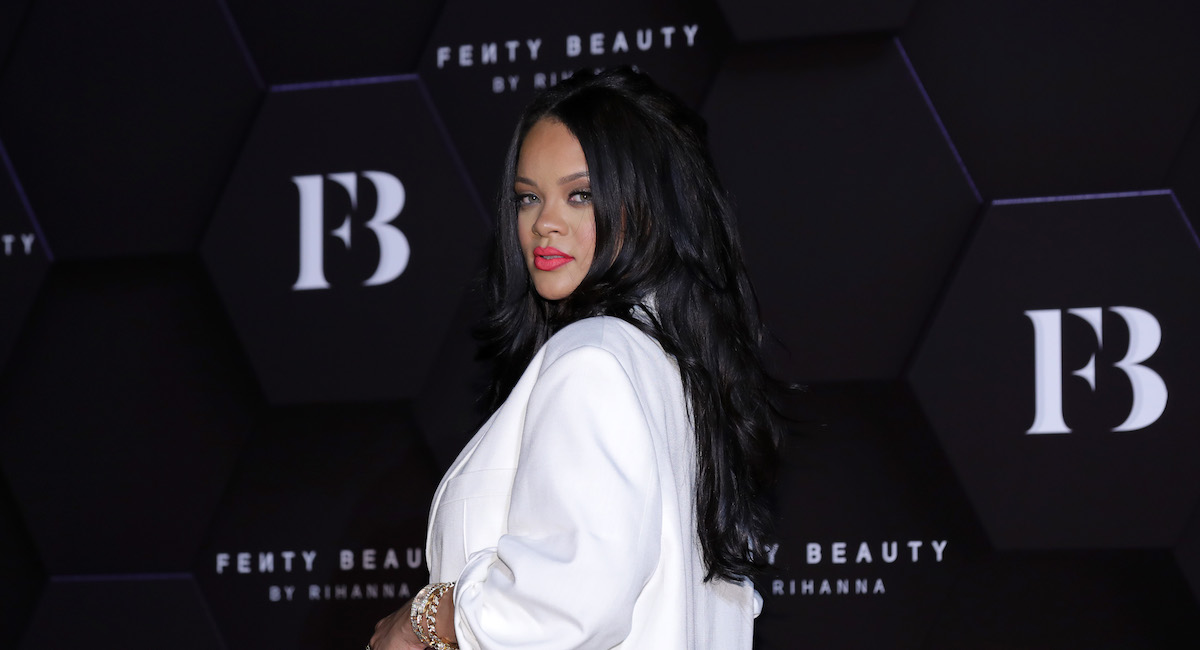 You know Robyn Rihanna Fenty as a beloved singer and incredibly successful businesswoman, but do you know how she managed to rise to this level of achievement?

The journey wasn’t as smooth as some may think, but it’s a story demonstrating how determination and belief in yourself can push you to new heights.

Even during her teenage years, Rihanna accomplished feats many people dream of. The singer’s trials and tribulations are a testament to not letting life hold you back from the things you want and deserve.

How it all started

Marred by her father’s addiction to crack and her family’s struggles with money, childhood was a rough time for Rihanna. The stress of these issues manifested in intense migraines. It also exposed her to bullying from her peers, which surely did not help with the migraines.

Despite these hardships, Rihanna maintained a love for singing. She started a girl group with two of her friends. But she was ambitious for success and that eventually led the group to audition for Evan Rogers, a major music producer.

Rogers was immediately swayed by the Barbadian beauty’s looks and vocal abilities. He set out to work on helping her produce her first album. Rihanna burst into the music industry at the young age of 16, releasing her debut record called “Music of the Sun.”

The single “Pon de Replay” became a fast hit, peaking at number two on the Billboard Hot 100 Chart — a significant triumph for a new artist. In a short amount of time, she went from island tom boy to platinum pop sensation.

Her success continued to grow as her image changed from the girl-next-door to the seductive songstress. For years, music and acting were her claims to fame until she decided to channel her love for makeup into a lucrative avenue.

Rihanna was very calculating with her timing and strategy because she knew she needed more than just passion to win. Credibility mattered too.

Social media marketing and video communication played a huge role in her stirring up interest in her business pursuits. These tried-and-true tactics have worked for countless other companies — the more interactive, the better. After all, fans want to know everything about the celebrities they love.

The beginning of Fenty Beauty

Rihanna released Fenty Beauty, co-owned by her and the French luxury group LVMH, in September 2017. The brand practically skyrocketed to fame overnight, becoming an instant hit — especially among people of color who often struggle to find makeup for their skin tones. With an impressive release of 40 shades of foundation, Rihanna’s new venture was groundbreaking.

Society already knew her well for how relatable she is as well as her clapbacks and her sharp sense of humor but Fenty Beauty connects with fans on a new level.

Hers isn’t the first cosmetics company to offer 40 shades, but the range of hues is a major upgrade compared to other brands like Make Up For Ever and Tarte. The darker shades completely sold out soon after the initial release, which indicated how the company effectively fills a gap for those unacknowledged by the beauty industry.

According to Forbes, the makeup brand has helped the business-savvy singer establish a $600 million fortune, which will undoubtedly grow as she branches out. As of now, though, she is the wealthiest female musician in the world — a mind-blowing achievement on its own.

A shift towards fashion with Savage X Fenty

Rihanna’s entrance into the world of business isn’t even close to being finished yet, and her fans couldn’t be happier. After establishing her cosmetics line, it was time to conquer the lingerie world.

In May 2018, she dropped her brand of underwear and lingerie called Savage X Fenty, after weeks of swirling rumors and excitement. Much like Fenty Beauty, the brand offers a range of options for people of numerous shapes, skin tones and sizes.

In September 2019, she held a fashion during New York’s Fashion Week, and impressed on the whole world, the inclusivity of her brand. Her show featured models of various skin tones, ethnicities and body types, which was revolutionary especially when we consider Victoria’s Secret and their controversial attitudes towards diversity.

Inclusive marketing has become increasingly popular — and even necessary — as marginalized individuals are also consumers and should be represented in media. This strategy has no doubt paid off, with Savage X Fenty receiving $70 million in funding from investors, according to the Wall Street Journal. The WSJ also reports that the company earns nearly $150 million annually.

And of course, this article won’t be complete without mentioning her fashion house, Fenty. She is the first black woman to lead a house at LVMH, adding her creation to a portfolio containing the likes of Givenchy and Dior. Hers is also the first label the luxury group has created since 1987. How’s that for history-making?

But why does it work?

Fans and casual observers alike know the business mogul for her ongoing messages of self-love and confidence. If you’re not doing it yourself, who are you doing it for?

She never fails to emphasize how important it is for everyone to find happiness within themselves, no matter what that looks like for them. Applying this philosophy to her own life is part of what makes her plans so successful.

Her lifelong love for cosmetics and beauty led her to create Fenty Beauty and her two fashion lines. Much of these brands’ popularity is due to her dedication to inclusivity. There’s something for everyone, and each person can feel content and loved within their skin. Division often leads to hostility and hate, but inclusion fosters understanding and appreciation.

And she has no plans to stop, as she even has plans to start her own furniture line.

Rihanna’s story shows the importance of taking a chance on your passions and doing it with a witty edge. Uplift yourself while acknowledging and empowering the communities you care about. Networking and working hard at your craft can take you a long way.

What you can learn from her accomplishments

Everyone has a dream, no matter how small it may seem to you now. If you’d known Rihanna as a teenager, you might have doubted her chances of leaving her island home and making it big.

But she proved everyone wrong. She listened to her heart’s calling and stayed true to her desires along the way. Every person’s journey is different, but you can take a cue from her and other stories of success to find ways to nurture your biggest hopes.

Furthermore, she proved to us that we don’t have to stay in one lane for the rest of our lives. By taking a chance on her other passions, she has redefined herself and challenged our expectations on success. It can come from many avenues, so long as we put in the time and passion into it.

You will never know until you try, and if your first attempt doesn’t pan out, you can always try again. When one door shuts, another opens. Hardships along the way don’t define you, and they don’t have to rule your mindset. Be kind to yourself and know that your life is yours to celebrate and no one else’s.

Shaping history and culture on a broad scale

Many would agree that Rihanna is an incredible source of inspiration for achieving goals and trusting yourself, especially for young black women.

She is proof that your present situation doesn’t have to influence the rest of your life — you’re always growing and evolving. Rihanna continues to prove her past doesn’t limit her ideas and goals. There are bound to be more groundbreaking achievements for her in the future.