20 Gustave Flaubert Quotes To Inspire Success On Your Own Terms 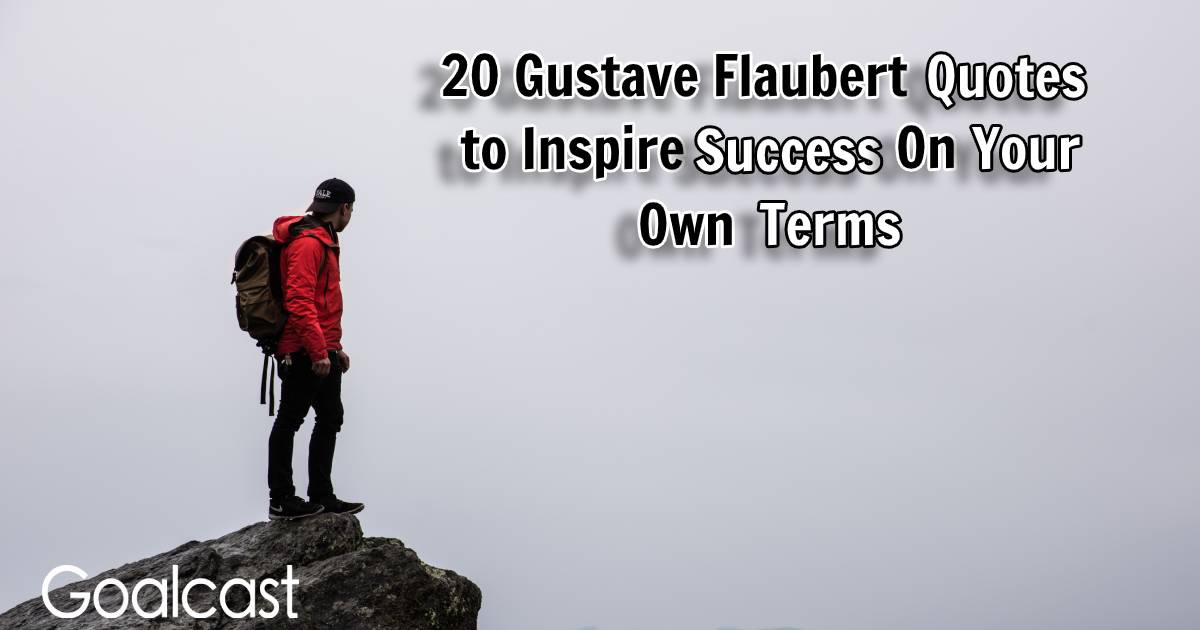 Gustave Flaubert (December 12, 1821 – May 8, 1880), was a prolific writer regarded as the prime mover of the realist school of French literature.

Flaubert began his literary career at school, and even though he had enrolled to study law, writing remained his all-time passion.

His reputation rests on his masterpiece – Madame Bovary – a novel that was considered an outrage for many critics after it was published. Now, the novel, which examines human conflicts, weaknesses and hypocrisies, is considered one of the best written books of all times. It remains just as pertinent today as it was in the 19th century.

Flaubert hated newspapers and “ideas received.” He strongly believed that they spread a new kind of stupidity in which people know more, yet understand nothing. The author used his opinions on the matter to create his most loathsome character in Madame Bovary, the pharmacist Homais.

An intelligent man in the pursuit of perfection, Flaubert polished his work over and over again. For example, La Tentation de Saint Antoine has four versions that show how the author’s ideas improved and changed over time.

Here are 20 Gustave Flaubert quotes to reach success on your own terms:

Life must be a constant education; one must learn everything, from speaking to dying.

I believe that if one always looked at the skies, one would end up with wings.

The most glorious moments in your life are not the so-called days of success, but rather those days when out of dejection and despair you feel rise in you a challenge to life, and the promise of future accomplishments.

Anything becomes interesting if you look at it long enough.

Be steady and well-ordered in your life so that you can be fierce and original in your work.

To be stupid, selfish, and have good health are three requirements for happiness, though if stupidity is lacking, all is lost.

Do not read, as children do, to amuse yourself, or like the ambitious, for the purpose of instruction. No, read in order to live.

Travel makes one modest. You see what a tiny place you occupy in the world.

Talent is a long patience, and originality an effort of will and intense observation.

You need a high degree of corruption or a very big heart to love absolutely everything.

Pleasure is found first in anticipation, later in memory.

An infinity of passion can be contained in one minute, like a crowd in a small space.

By trying to understand everything, everything makes me dream.

One’s duty is to feel what is great, cherish the beautiful, and to not accept the conventions of society with the ignominy that it imposes upon us.

There is no truth. There is only perception.

We must laugh and cry, enjoy and suffer, in a word, vibrate to our full capacity… I think that’s what being really human means.

The public wants work which flatters its illusions.

One mustn’t ask apple trees for oranges, France for sun, women for love, life for happiness.

Self-confidence depends on environment: one does not speak in the same tone in the drawing room than in the kitchen.